Hey all! Just a quick pop in here to show you this card I made for my son. :)
I found this digi for FREE over on Mari Digis Challenge Blog! I forgot how I came about visiting her blog other than that I saw this card and wanted to get a closer look. By the way, that adorable image is also a freebie! Wow! Right?
So anyway, I immediately knew I had to have this image I've used. I have a son who's a HUGE fan of super heroes! Have you seen the show 'The Big Bang Theory'? Well, my son's friends and he are almost like them! lol None of them are scientists but they all gather together once a week and discuss super heroes. They also get together for some of the premiere movies. Just a great bunch of guys if you ask me!
I picked up a gift card for my son and wanted to make a card to present it to him. I did pick up an image here and there but this one really hit it on the nail! So I whipped up the card fast as 'Flash Gordon' and here I am! lol :)
Let me tell you, I have two children but my son is the only one who speaks to me. You see, I was a wretched mother when my children were growing up. Even this son use to tell me that! Why was I wretched? Well, I didn't allow them to run around loose and fancy-free and I made them go to church every week! Whether they sinned that week or not! Can you imagine? I was a single mom and sacrificed my happiness for them. I did remarry briefly but left the marriage the first time my second husband called my son 'stupid'. You see, my son had learning difficulties when he was growing up. He was labeled every possible thing they could think of over the years with the final diagnosis as Asperger Syndrome. I'd always said that he was just developing slower than his classmates and that someday, he'd catch on. Well, he's 30 now... and he's proven me correctly!
But that's not why he's getting the gift card and this card. He's getting this because every week like clockwork, on Thursday evenings, he'll call me to ask if I need anything done around the house. And if there is, he'll come over on His. Day. Off. and helps me! He doesn't drive only because mom doesn't want him to drive... it's a frightening idea at the moment... so for now, mom runs son on his errands and when finished, son gives mom gas money without prompting! At other times, he'll reach into his wallet and hand me a $10 or $20 so that I can have pocket money cause he doesn't want me to run around empty handed! Are you crying yet? Cause I sure am!
Let me tell you, he was not easy to raise! He was a struggle and there were times I worried one of us would kill the other! But all that difficult work has made me such a proud momma at what kind of young man he has turned out to be. So anyway, this is the CAS card I made for him. Please, for me, this is CAS! lol 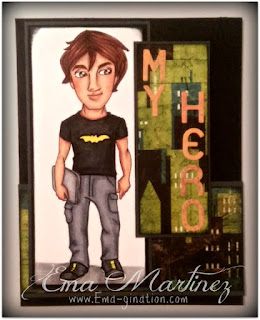 Here's a peek at the inside of the card. I plan to write in "always wear a cape and armor. Sometimes, he wears jeans and a t-shirt and is a loving, dutiful son to his old momma." :) Ha! 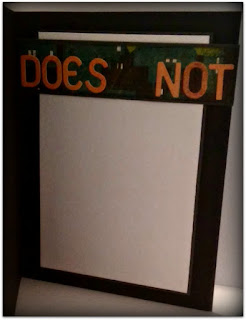 Here's a closeup of the colored image:

Yes, this image is a freebie from Mari Digis! Can you believe it? I've colored the image with Copic markers. All supplies used to make the card are from my stash.
Mari also has a monthly ANYTHING GOES challenge! I had to jump on that as well! lol :) So I'm entering this card into Challenge #14 - Anything Goes over at Maris Digis Challenge Blog. I am also entering it into these challenges as well:
The Paper Girls Challenges: Challenge #106 - Use Your Scraps (I've used nothing but scraps! Ha!)
Crafty Calendar Challenge:  June Challenge - Father's Day / For a Male
Craft for the Craic: June Challenge - Something Masculine
Brown Sugar: Challenge 204 - Anything Goes
Sasayaki Glitter Challenge Blog: June Challenge - Male Project
Thanks for stopping by and if you actually read my post, thank you! :)
Posted by StampNScrapJunkie at 6/27/2016 07:14:00 PM