Yes! Just when I think to myself my little hobby could not get any further out of control... I caved in and tried a digital image... and I fell hook, line and sinker! :-\ I'm still trying to figure out if it's a good thing or bad thing. On the one hand... images are much cheaper than stamped images... neater to a point as well... storage... a breeze! I've spent easily $75 over the past week on digital images but... still cheaper than rubber or clear stamps... :) These were all images under $3... right now... I can't make myself spend more than $3 on an image... we shall see about that later! I'm still learning the technique of shading... and I only have two sets of Copics... that I can see getting expensive... but for now... I am making do with my color pencils... I do use flesh tones and grays with Copics because these are the only colors I have... but all other colors are pencils.

First I made two somewhat matching Christmas cards for two brothers... on the inside it reads Christmas Cheers! lol This first two images are from Bugaboo Digi Stamps. The main character is Scarlette and this image is called Friends Don't Let Friends Wine Alone... the set that follows is appropriately named Friends Don't Let Friends Wine Alone 2... :) 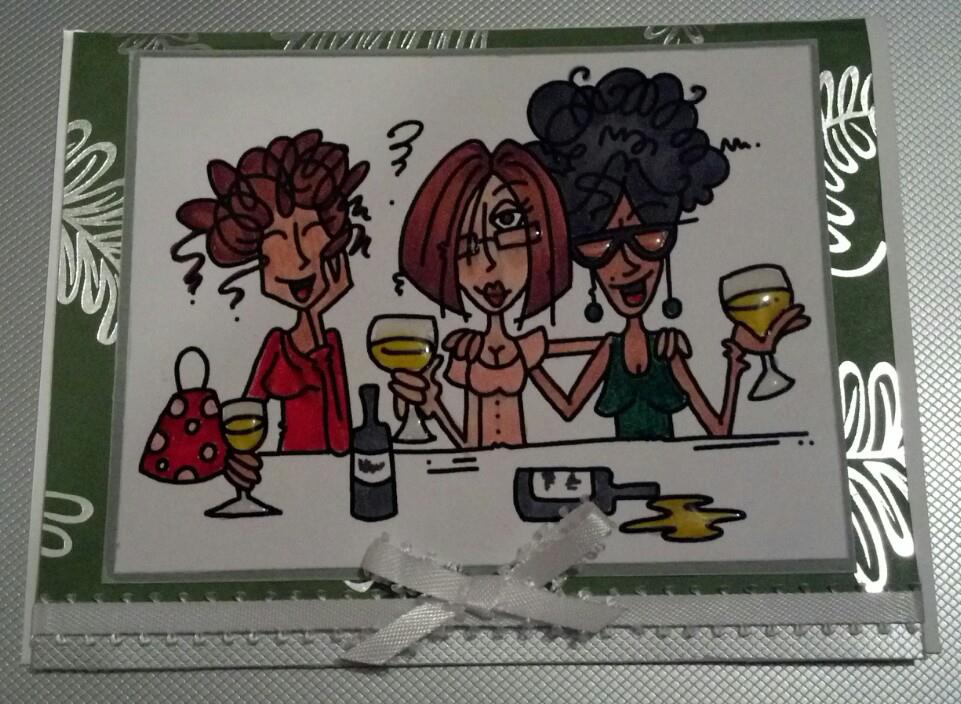 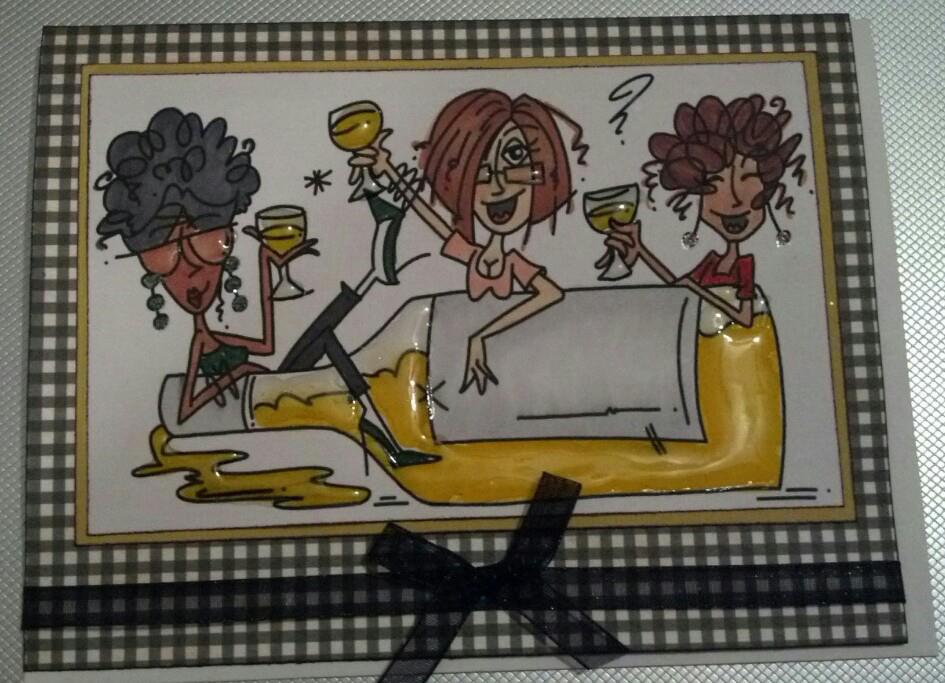 Then, I found this adorable image over at Deviant Art by JadeDragonne... and I liked the pink Christmas card I posted earlier... I had to do it again... these two cards are for my sisters... the image is Winter... 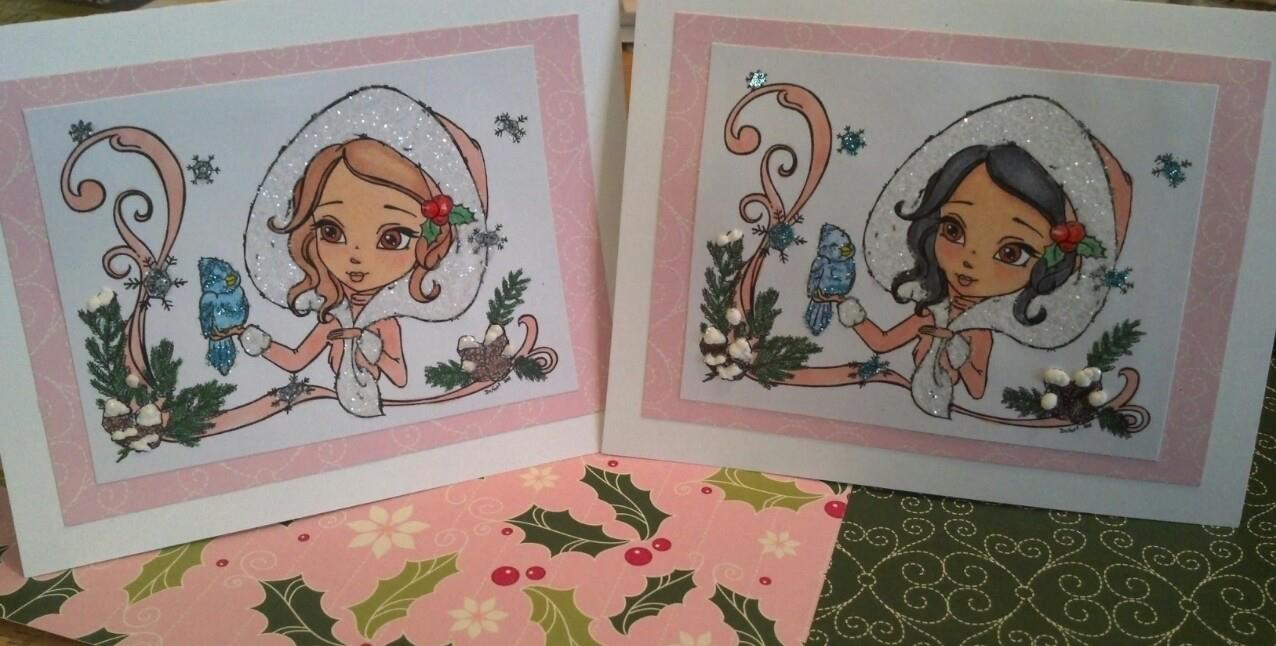 Then... I got brave and am sending these two cards to two gentlemen I go out with on occasion... on the inside... the sentiment reads... let's meet under the mistletoe... ;) lol This image is also Scarlette from Bugaboo Digi Stamps and called... you'll never guess... Mistletoe! 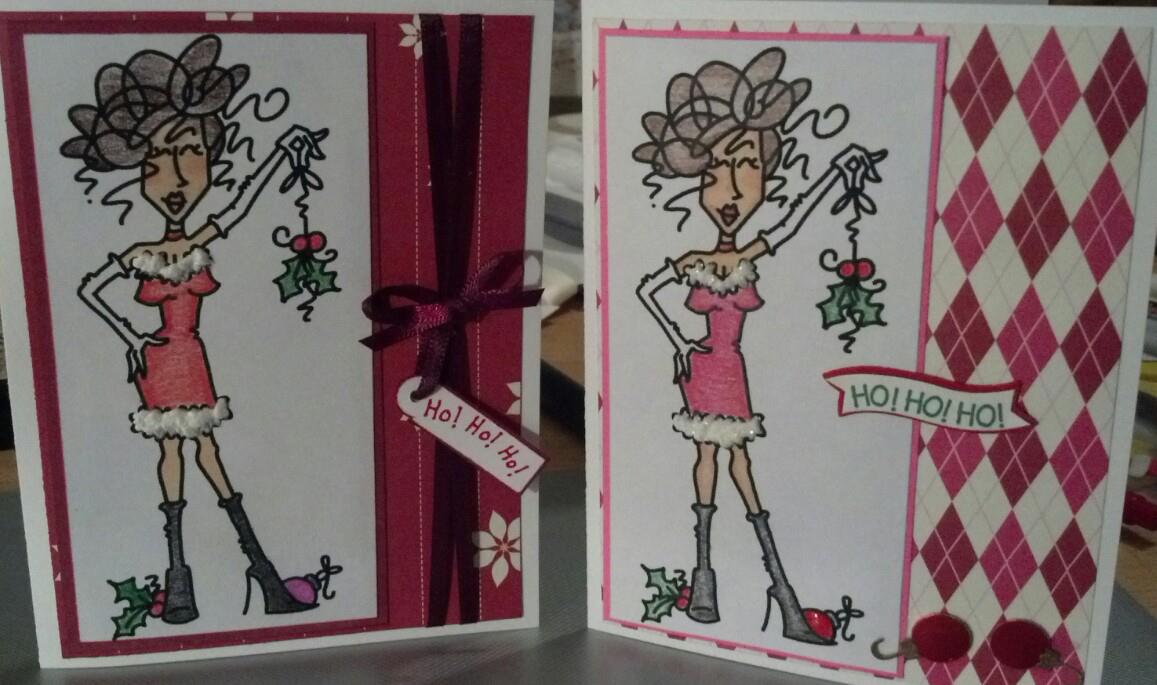 I got braver... and I am sending this image to another male friend... he lives in Amarillo though... I don't have to face him! ;) lol This image is from Kenny K Downloads and appropriately named Mistletoe as well. :) Isn't she awesome?!? :) 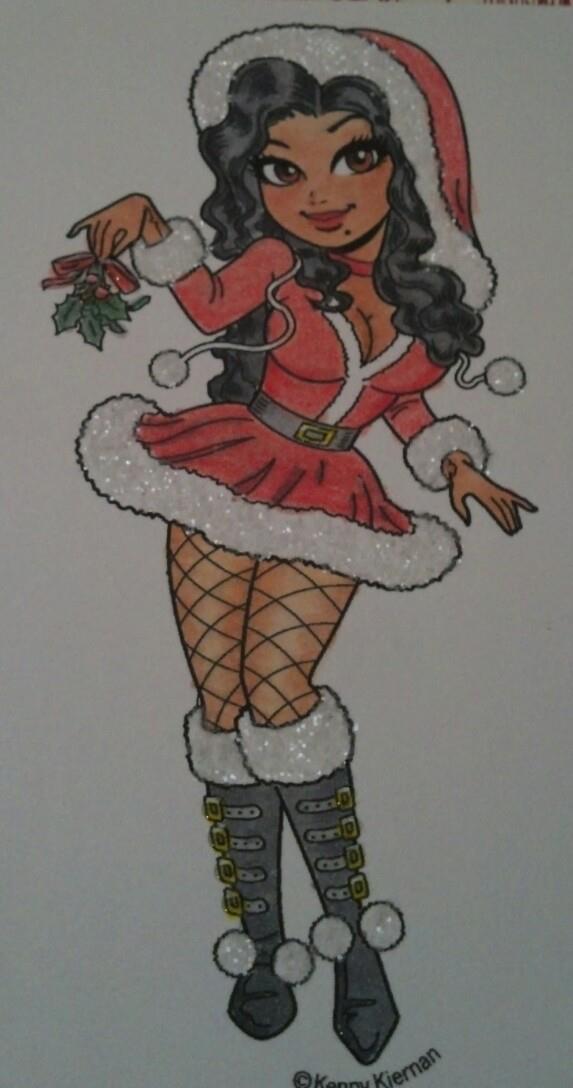