Today is a special day in our little family... my baby boy turns 27.
Twenty seven years ago today... it was a Friday... and the worst thing I thought we could do was name him Jason but his father thought it would be "funny" and we added his beloved older brother's name Paul as a middle name... Jason Paul... also known as Jay. He's very proud of his name! Up until a couple of years back... when he would call me... he'd introduce himself... Mom, this is your son, Jason Paul Salazar. :)


Aside from the delivery, nothing was easy about Jason... there were times over the years when I thought we might kill each other... despite all the different names for his differences tossed around... autism, ADD, ADHD, LDD and finally Aspergers... I always differed in opinion... as a child, he was very affectionate and he has always demonstrated empathy... I have always maintained... he was blossoming slower than others his age. He just possessed little quirks that made him different. :)

I see him blossoming slowly into a fine young man right before my eyes. He has a good work ethic... he's generous to the less fortunate... he is kind to strangers... he is God-fearing. I am a better person because of him... for starters... he won't give me permission to gossip! ;) lol Although I do drive him to and from work... that is my choice... he has the skills to be independent and offers me much comfort by living at home... and keeping his independence despite me. :) He is all these things in spite coming from a single-parent home and is not a statistic.

I look around me... he doesn't drink, doesn't do drugs, doesn't lay around on the sofa all day because he is unemployed, doesn't ask me for money, doesn't ask me to do his laundry or cook his meals... he may not be as smart as some people think he should be... but he is smart enough to not do all these things I hear other parents complain about when speaking of adult children.

He may not be perfect in other's eyes and may very well not be... but this would come as a shock to his mother so let's not tell her... it could very well devastate her... ;) lol ... but he is a perfect child of God.

This is a card I made for Jason. He is a HUGE superhero fan. I found this image at Deviant Art by JadeDragonne and the image is The Beast. 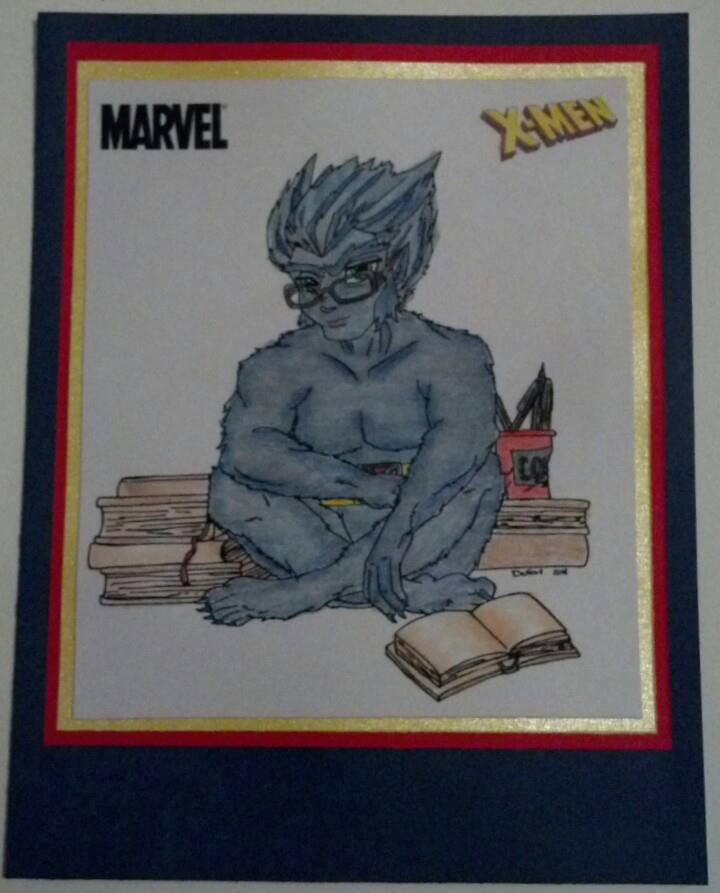