I discovered recently the importance of a watermark. I was of the mindset that if I were to see someone using one of my cards I'd not watermarked, I'd probably be flattered. To be honest, when I found this image on Pinterest in its unwatermarked stage, I was horrified. Not because someone else did use it, but because someone could use it and I haven't even had time to turn it into a card! :-\
So I don't know how to undo what has been done but I've learned a valuable lesson of the importance of a watermark.
Just as an FYI to you... this is the image I refer to: 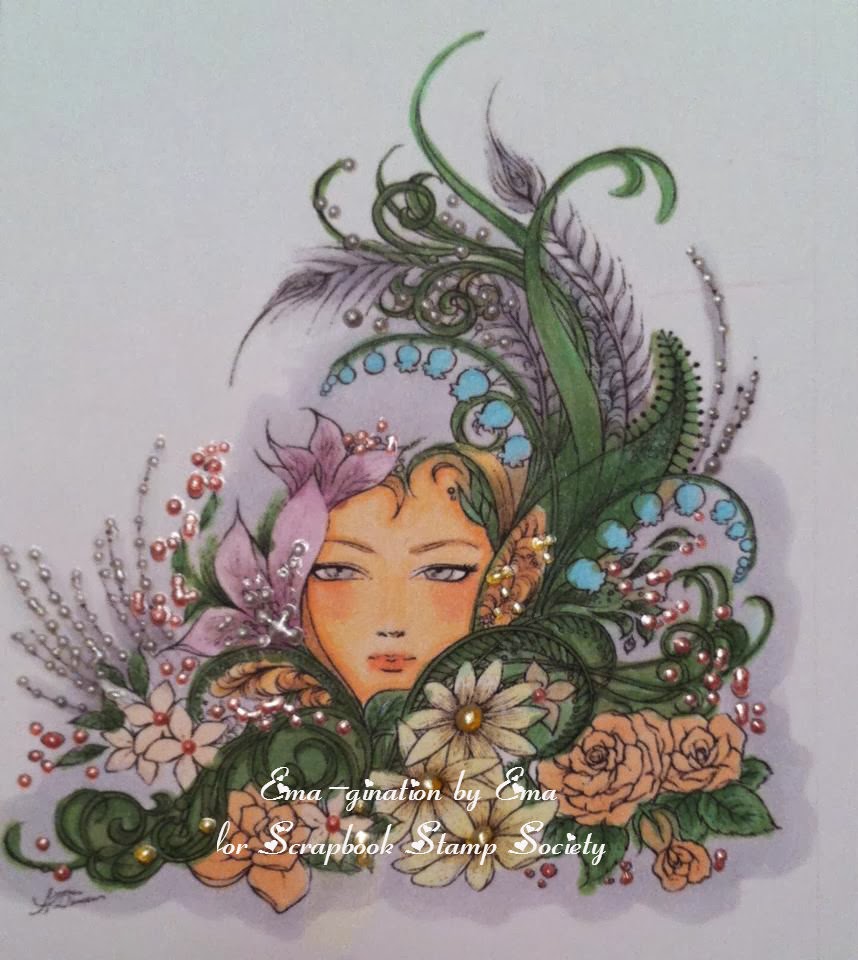 It's a Mitzi Sato-Wiuff image called Rite of Spring. I colored it to use on a challenge for Scrapbook Stamp Society and shared it in their private group on Facebook. Maybe I did inform them to use it but I cannot imagine that I did. lol I was seriously deep into my chemo drugs back late last summer so I may very well have had that fleeting thought. Still, I think someone would have asked me to watermark it. :-\ Nonetheless, as I wrote, the damage is done. I'm only here to claim the right to my colored image. :)
Posted by StampNScrapJunkie at 2/24/2014 10:26:00 AM