Here I am again doing my GD spot for My Whimsical Little World with this week's new release! 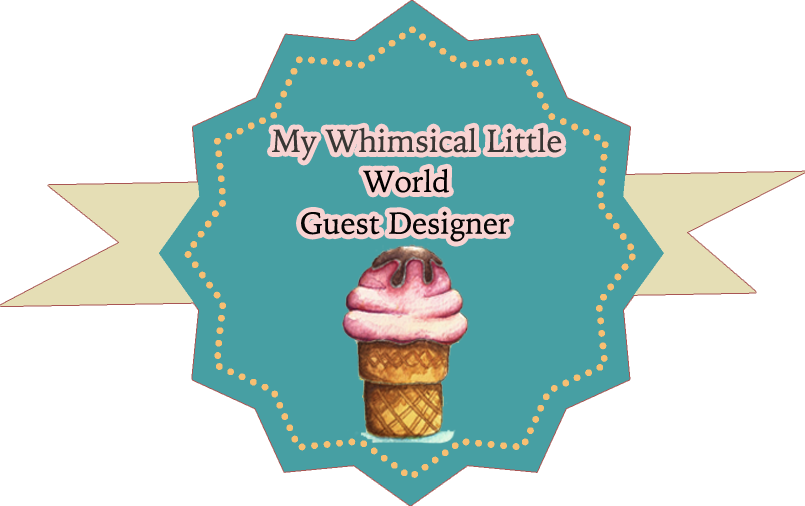 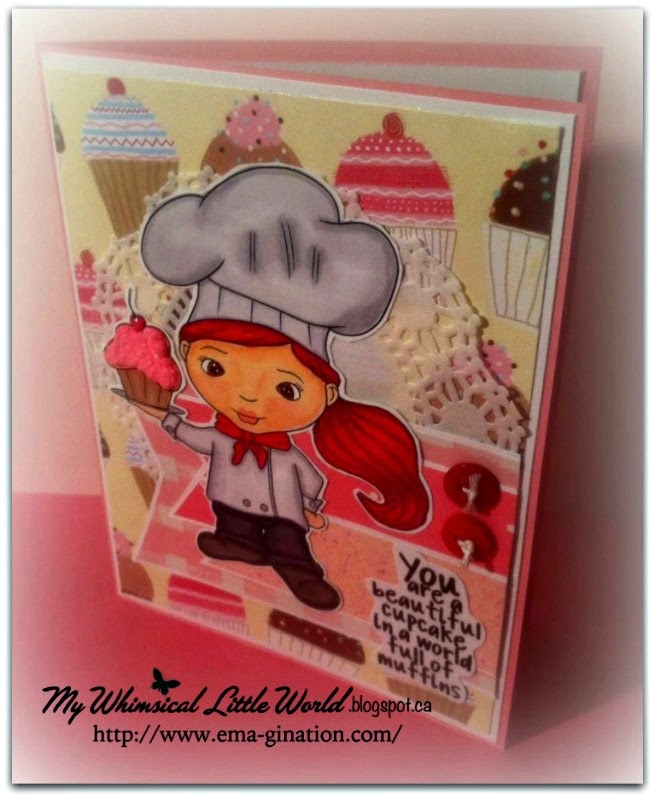 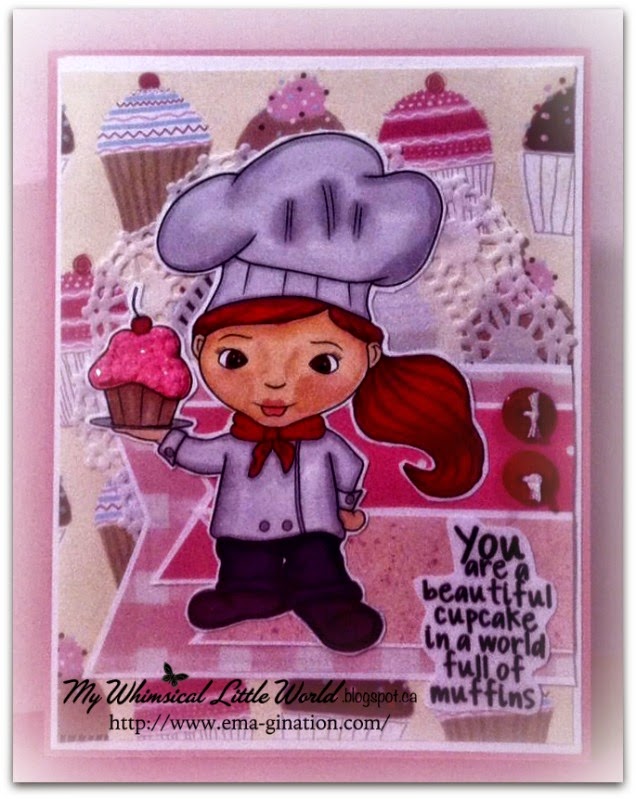 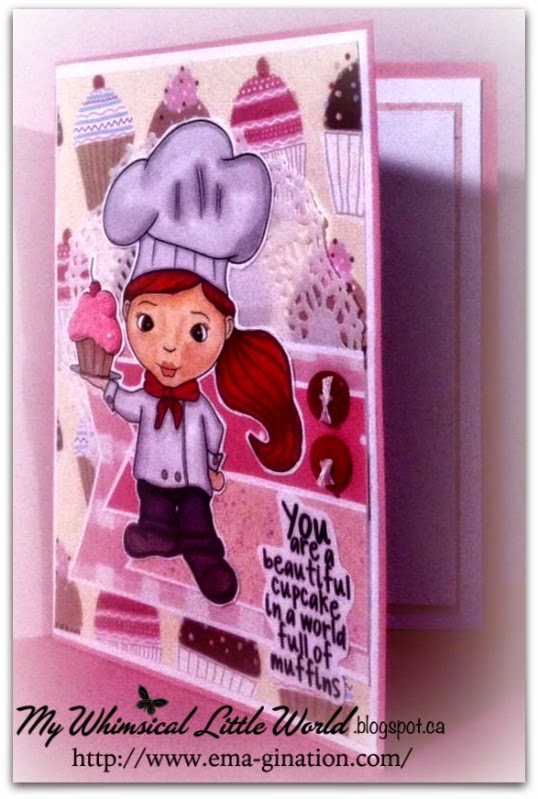 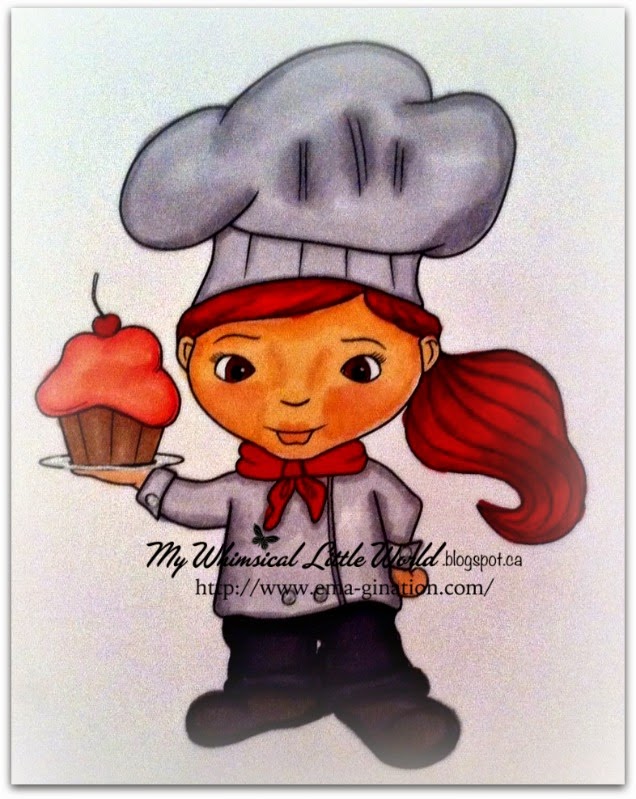 I'm having a time these days. I fell during an icy snowstorm we had back in February. I really want to say I fell gracefully and all is well but I'm thinking... maybe not so much! When I fell, I did what I've always instinctively done and put out my arms to stop myself... as if that really helps! :\ So anyway, I landed on my hands and knees... HARD... and then I'd been cleaning the snow off the windshield and windows to our van so my gloves were already a little slick and instead of stopping on my hands, the gloves kinda skidded on the ice and I landed with a big ol' WHOOP onto my belly. Completely knocked the wind out of me, let me tell you. When I was younger, it was no big deal to fall... I've always liked falling. lol When I'd fall, I'd jump up as quick as I could and brushed myself off looking around to make sure no one had seen the spectacle I'm sure I made! No, this time, I laid there for awhile. I'd still be laying there if my brother hadn't glanced out the window and saw me laying motionless. He later told me he thought I was unconscious! lol Really, it just must have been quite a sight! As I was falling, I heard my daughter's voice saying "Tuck and roll, Mom! Tuck and roll!" We've had this conversation many times in the past five years or so. Because... like I wrote... I just like to fall and we've discussed how now that I'm getting a little older that maybe it's dangerous! You think? So she's been a huge fan of tucking and rolling. I think it was good that the words were going through my head... I think it means... next time... the thought will come naturally and maybe I WILL tuck and roll! Ha! So anyway, after my brother helped me up onto my feet and into the house, I checked myself over and nothing was swollen and nothing was really, very painful. It hurt more the next day and the funny part is that the hips down to my knees is what really was hurting. I had trouble sitting comfortably. Now... weeks later... I started with some hand and arm pain. As the weeks have gone by it hurts more and more. I'm right handed and it's the left hand that hurts the most so I thought... no big deal! Boy was I wrong! I had no idea just how much I used my left hand until these past few days because it's just hurting more and more. I called my doctor's office a couple of weeks ago but since I wasn't in serious pain and there was no swelling, it wasn't considered an emergency and the appointment was scheduled for April 24th. In the meantime, if it were to get worse, I should go to the emergency room. Well... I'm kinda thinking about that right about now. We'll see.
Ssooo, I'm having to rely on some assistance with many things that came naturally. Thursday night, my daughter took me out to dinner and I ordered a steak. I couldn't hold the knife and fork to cut the steak. The muscle spasms in my hands were horrific. It's mostly hand muscle cramps and pain in my left hand in the thumb joint down by the palm. There's a technical term for that but I can't think of it now. lol So much for anatomy! :\ Hmph! So anyway, I needed help putting this card together. I originally had plans to alter a tin and adding cupcake ingredients and making a tag with the image. But since I had to have assistance from my daughter and she was rushed to get to work, I decided to go with a card. I picked the sketch but I asked her to pick the papers. I hadn't wanted my final project to be so pink but well... that's just the critic in me! lol
But isn't the image just too darling!?! I think when I'm myself again, I will follow through with my original plans for the altered tin and tag. Till then, here's my daughter's take on my directions. lol
~~~~~~~~~~~~~~~~~~~~~~~~~~~~~~~~~~~~~~~~~~~~~~~~
Card Recipe:
Image from My Whimsical Little World
Image colored with Copic markers, Liquid Applique in white and Glossy Accents
Sentiment is from Ginger's House
Doily is from Michael's bakery department
All plain and pattern card stock, printed paper, buttons and embroidery floss are from my stash
~~~~~~~~~~~~~~~~~~~~~~~~~~~~~~~~~~~~~~~~~~~~~~~~
I'd like to enter my card into these challenges:
Crafty Calendar Challenge: April Challenge - Add a Sentiment
Crafty Catz: Challenge 275 - It's a Girl Thing
Creative Corner Challenges: For a Child
~~~~~~~~~~~~~~~~~~~~~~~~~~~~~~~~~~~~~~~~~~~~~~~~
Be sure to pop on over to MWLW and check out the DT's projects with this week's new release!
Thanks for stopping by!
Posted by StampNScrapJunkie at 4/20/2015 09:00:00 AM