Well... my son had a birthday today. He had asked for a couple of action figures to add to his collection. I purchased one from his wish list and one of his friends gave him another one. Son was in heaven! He played with the new toys all afternoon and evening and kept sending me pictures of his action figures in various stages of battle.

Here's a fun card I made for him. I put money in it. He still has not opened it. He's been busy!
This is an image from the Avengers digital stamp set from The Octopode Factory on Etsy. I colored the image with Copic markers and Glossy Accents on his drool to make it look more realistic. LoL I hand wrote the sentiment with a Dyvicl white gel pen. 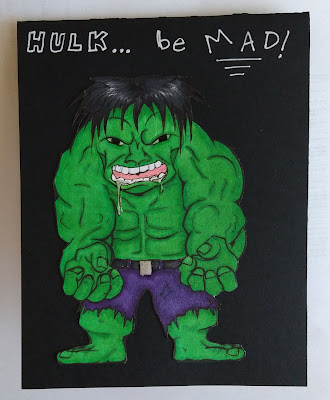 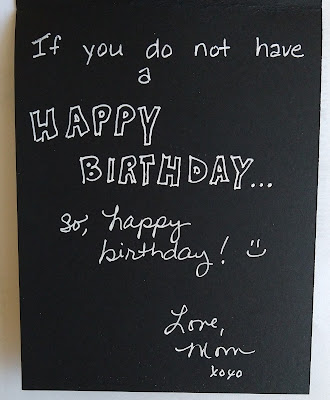 Just a silly card I made for my son that once he gets over the initial excitement of opening his gifts, he will marvel at this card, especially since there is money in the card. He'll be so excited to find $38. One for each year of his life and one to grow on. LoL Did you think I was speaking of a child? What can I tell you? My son has not grown up yet. :D Keeps the both of us young! Here's a peek at one of the battles that occured today. LoL 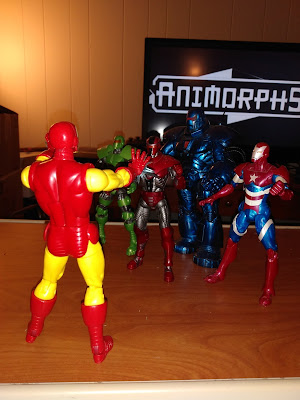 Just for fun, I would like to participate in this challenge:
Digi Choosday Craft Challenge Week 50 Anything Goes
Posted by StampNScrapJunkie at 12/13/2022 11:25:00 PM